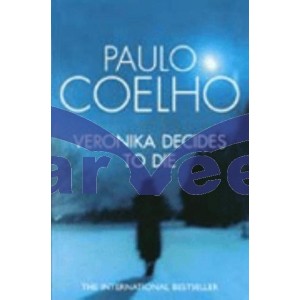 Veronika Decides to Die is about a young, beautiful Slovenian woman who appears to have the perfect life, but nevertheless decides to commit suicide by ingesting too many sleeping pills. While she waits to die, she decides to read a magazine.

This product is no longer in stock

After seeing an article in the magazine which wittily asks "Where is Slovenia?" she decides to write a letter to the press justifying her suicide, the idea being to make the press believe that she has killed herself because people don't even know where Slovenia is. Her plan fails and she wakes up in Villete, a mental hospital in Slovenia, where she is told she has a week to live.

Her presence there affects all of the mental hospital's patients, especially Zedka, who has clinical depression; Mari, who suffers from panic attacks; and Eduard, who has schizophrenia, and with whom Veronika falls in love. During her internment in Villete she realises that she has nothing to lose and can therefore do what she wants, say what she wants and be who she wants without having to worry about what others think of her; as a mental patient, she is unlikely to be criticized. Because of this newfound freedom Veronika experiences all the things she never allowed herself to experience, including hatred, love and sexual awakening.

In the meantime, Villete's head psychiatrist, Dr. Igor, attempts a fascinating but provocative experiment. Can you "shock" someone into wanting to live by convincing her that death is imminent? Like a doctor applying defibrillator paddles to a heart attack victim, Dr. Igor's "prognosis" jump-starts Veronika's new appreciation of the world around her.

10 other products in the same category: