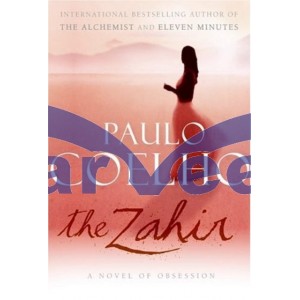 The Zahir is about a pilgrimage. The book touches on themes of love, loss and obsession. The story is extremely autobiographical but is intended as a work of fiction.

The Zahir means 'the obvious' or 'conspicuous' in Arabic. The story revolves around the narrator, a bestselling novelist, and his search for his missing wife, Esther. He enjoys all the privileges that money and celebrity bring. He is suspected of foul play by the authorities and the press of having a role to play in the inexplicable disappearance of his wife from their Paris home.

Thereby, the protagonist is forced to re-examine his own life and marriage as well. The narrator is unable to figure out what led to Esther's disappearance. Was she abducted or had she abandoned their marriage? He comes across Mikhail, one of Esther's friends during a book launch. He learns from Mikhail that, Esther who had been a war correspondent against the wishes of her live-in husband (the protagonist) had gone in search of peace, as they had trouble living in together. He also realizes that to find Esther, he must find his own self. Mikhail introduces the narrator to his beliefs and customs; his mission of spreading love by holding sessions in hotels and others like meeting a poor people living in the streets (beggars). He tells the narrator about the voice he hears and the belief he has in that. The narrator who falls in love with woman too often, consults with his next live in woman, Marie about this problem. She tells him that the person Mikhail could be an epileptic. She on a personal note advises him to search for the Zahir as per his wish, even though she will love to have him with her.

So the narrator decides to go in search of his Zahir. He learns from Mikhail, Esther's close friend in her last few days in France that, she is in Kazakhstan. As Esther had initially brought Mikhail from Kazakhstan to France, the protagonist was easily able to guess that she must be somewhere in there. Initially he was curious in knowing what changed the mind of Esther, but later realizes the truth (troubles with relationship). Thus, she was interested in knowing her own self by stitching carpets. Finally the narrator meets his Zahir and what happens, whether she is still interested to live with him is the climax. Through the narrator's journey from Paris to Kazakhstan, Coelho explores various meanings of love and life.

Coelho compares a marriage with a set of railway tracks which always stay together but cease to come any closer. This novel is journey from a stagnant marriage and love to the realization of unseen but ever increasing gravity between the two souls.

10 other products in the same category: